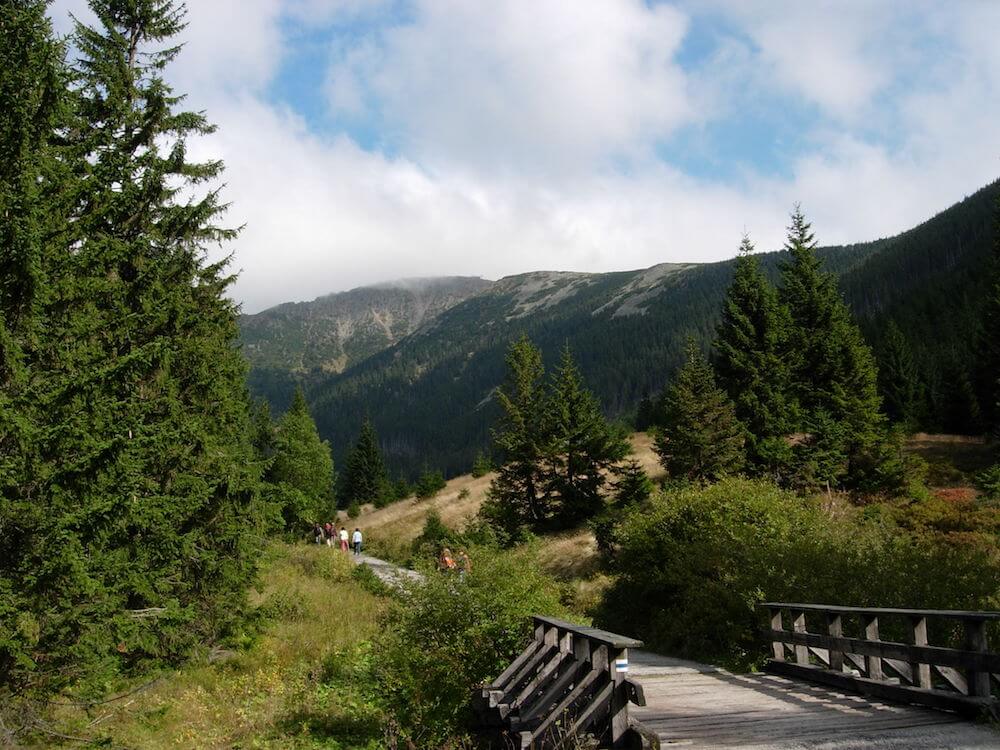 The Giant Mountains or in Czech “Krkonose”lie on the Czech/Polish border and range 36 km in length. It is the highest mountain unit in the Sudeten range, undoubtedly unique in geographical terms. During the climatically unstable period of the early Quaternary, they played an important role as a link between the repeatedly intensifying and weakening glacial pinch in the north-to-south direction. The outer Krkonose ridge, including peaks such as Violik, Vysoke Kolo and Snezka, lies along the state border and is higher. The inner ridge is divided by the upper Labe (the Elbe) cut into the western part (with Lysa hora, Kotel and other peaks) and the eastern part (Kozi hrbety ridge, Studnicni Mountain). The Krkonose forks protrude southward from its ridges (from Zaly, Zadni Planina and Rychory).

The Krkonose is the most important water source area in Central Europe. It includes the source of the Labe (the Elbe), one of the greatest European rivers, and some of its major tributaries, such as the Mumlava and the Upa. The mountain ridge is the watershed divide between the Baltic Sea and the Northern Sea. The riverbeds are deeply cut in the valleys and often feature waterfalls, such as Labsky and Pancavsky. The riverbeds often include huge torrential potholes produced by water erosion. Remarkable features are the torrent control structures on some streams and torrents, once enabling wood transport (Certova strouha), as well as preventing water erosion and floods. The Labska dam is the only water retention structure in the area. Natural standing water can be found in moor pools, which are on the international list of protected wetland areas.

The Krkonose climate is very severe and unstable, being among the coldest, windiest and highest in precipitation. The average annual air temperature at Snezka’s peak is only 0.2°C. Wet and cold air flows from the Northern Sea and the Atlantic Ocean prevail over the whole range. Anemo-orographic systems, in which wind currents crest high level plains into the leeward corries, are in effect here. Especially the autumn and winter months see frequent inversions during which it is warm with clear skies in the mountains while dense fogs completely cover the valleys and low-lying areas. 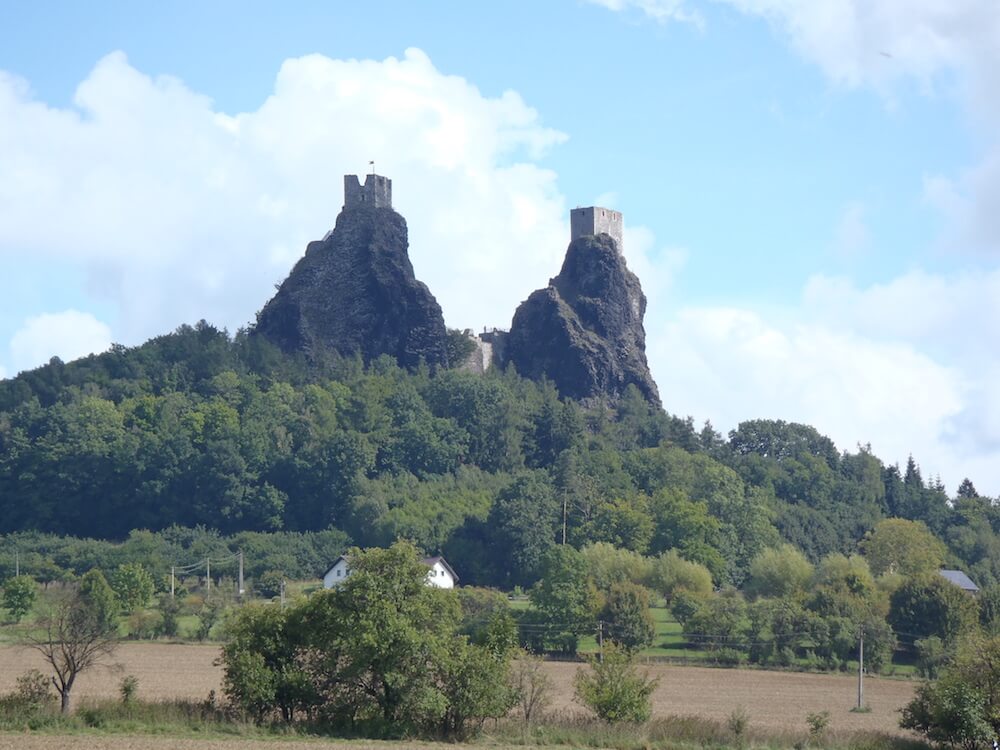 The Czech Republic does not cover an extensive area, but all the more surprising is its wide variety. One of the most remarkable spots is Bohemian Paradise. In prehistoric times, a Cretaceous sea submerged the whole region. When the sea disappeared, substantial sediments remained, creating an extensive sandstone tableland. Subsequently, this table was cut into smaller parts by the activity of the forces coming from the interior of the earth. The repeated eruption of volcanic minerals formed what was to become a basaltic hill. Picturesque valleys, fairy-tale shapes of sandstone rocks and romantic rocks resembling towns emerges. The Jizera River, which changed its riverbed several times, also contributed to these transformations. Thus, the millions of years during which water, wind and other factors exerted their influence created this charming region. After the first articulation of the Cretaceous tableland, bizarre rock towns were formed by permanent erosion. The many different forms into which sandstone disintegrates may be found there, from rock towers to cavities. The great variety of the nature of Bohemian Paradise is also illustrated by the communities of plants and by the animals. Pines, birches, Norwegian spruces, and summer oaks also grow there. Visitors can meet foxes, red deer or beautifully colored kingfishers there. Drinking water flows from many wells along the rock walls.
The varied character of nature in this small area, which is exceptional in the Czech Republic because of its combination of nature and products made by man’s own hands, are not the only reason why visitors return to Bohemian Paradise. Although traces of settlements may have already been found in prehistoric times, the medieval fortified castles (Trosky, Kost, Frydstejn, Valecov) and the chateaux (Hruby Rohozec, Hruba Skala, Humprecht) are the most distinctive monuments. We must not forget to mention precious stones (agates, jaspers, amethysts, and chalcedonies) that are found around Mount Kozakov.
The present Protected Landscape Area provides the territorial protection of only selected places. Therefore, a substantial enlargement of the protected area is being prepared with the aim of preserving, and renewing, the basic functions of the landscape for posterity too.

This castle is an unmistakable dominating point of Bohemian Paradise. Lord Cenek of Vartemberk had a fortified castle built on two basaltic rocks from 1380 to 1390 and his builders used the two to construct the castle towers on them. The higher and slenderer tower was named Panna (The Virgin) and the lower and stockier was called Baba (The Hag).

Kost is one of the best-preserved castles in Bohemia. Built in 14th century during the lifetime of Petr Vartemberk. The prismatic tower has an unusual trapezoid ground plan, which makes it possible to see all its four edges. Its irregular shape was a part of the defense system.

The castle was built around 1280. The subsequent reconstructions gave it the features of both a Renaissance palace and an Empire-style chateau. The visitors to the castle may see its richly furnished interiors in addition to an exhibition showing the evolution of house furnishings. 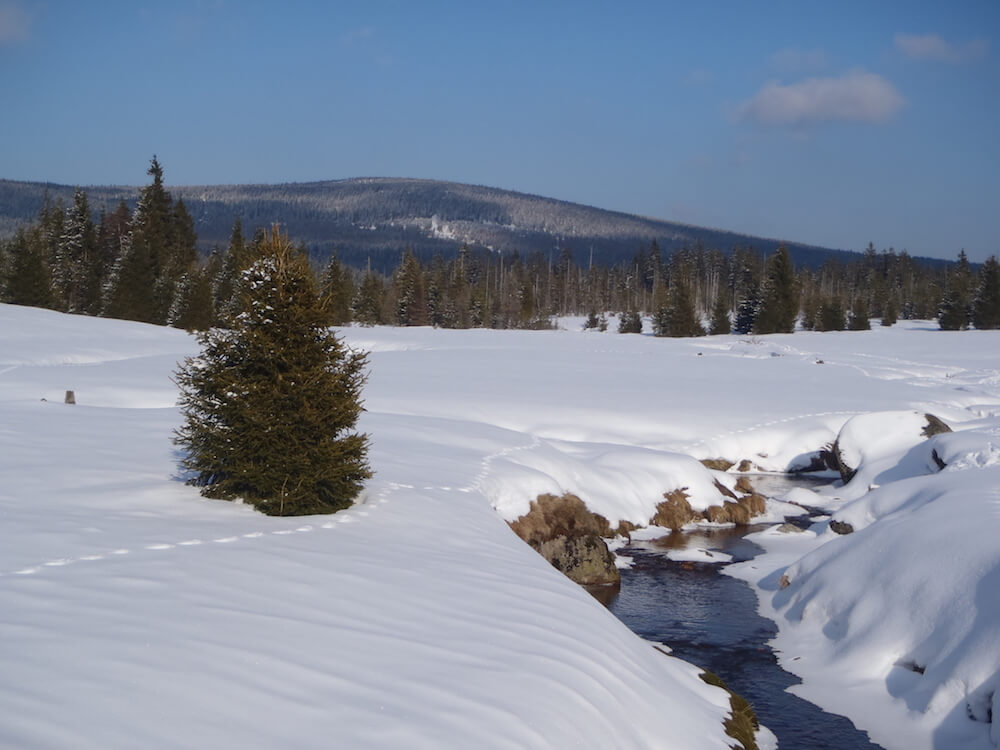 The Jizera Mountains are one of the oldest nature conservation areas belonging to two large systems: the Giant Mountain-Jeseník Plate and the Czech Plate. This is the northernmost mountain range in the Czech Republic and it spreads between the Giant Mountains and the Lusatian Mountains. The average altitude of the peaks in the mountain range is between 800 and 900 meters above sea level. The Jizera Mountains extend into Poland in the northeast where the highest peak in the range (Wysoka kopa: 1126 meters above the sea level) is located. The whole range was named after the Jizera River which rises at the foot of the highest peak on the Czech side of the range (Smrk: 1124 metres above sea level). The mountains have a relatively harsh climate characterized by considerable rainfall due to the air circulation between the North and the Baltic Seas. The mountains have the character of a highland plateau whose appearance has been supplemented with boulders and cliff turrets. The air is full of the smell of the mountain meadows and peat bogs which have arisen thanks to the extremely wet climate. For this reason, a system of dams was built there in the twentieth century. The mountains are also home to the Jizerka settlement, the northernmost permanently inhabited area in the Czech Republic which has been declared an unusual protected territory: the Jizerka Dark Sky Area. These mountains also include the rare feature of thirteen lookout towers, the last of which was built in September 2009. The Jizera Mountains are a significant recreational area in the Czech Republic.